Is a Can Do Attitude Enough?

The Power of a Can Do Attitude

In today’s Feature Friday I address the question, is a can do attitude enough?

I will impart my perspective on this topic by sharing the following true story.

Back in the days when I was an electronics instructor, I had a wide assortment of students that I was involved with. Their age range was 18 to 62, mainly males and of different ethnicities. Classes were from a low of 16 students to a high of 34. Each class was different.

My first time as an instructor

The first class I taught had a wide capability gap. Some claimed they didn’t cover this, others that, but they all had to know it in order to go forward from here. So I spent my first two weeks reviewing (and reteaching) the information they needed to know from the previous 24 weeks.

Once I could get started on my quarter’s subjects, we were already 2 weeks behind the other 3rd quarter classes. However, by the half way point, we had covered a lot of ground to make up for it. And my class didn’t struggle with the material like the students did in the other classes.

After having this same issue with new students who starting my class again, I devised a test that gave me a quick insight as to how well each student was prepared. I wasn’t very popular with the students when they first met me either.

On the first day of class, I would introduce myself and the coursework, then ask the students to take out their pens because we were going to have a test. They were stunned to say the least. I assured them that the test would not be graded for points.

The test consisted of 10 questions – 5 problems key to the first 12 weeks, and 5 related to key information needed for their last 12 weeks.

The results would help me gauge what each student knew and for the level of the class as a whole. One time I had a range of 20% to 80% in one class, while having a 50% to 60% in another.

The 20-80% was the most challenging class I ever had. Some were so advance that any time I presented material at a slow pace to reach the 20%, they were bored to death. If I moved at a pace that satisfied the advanced, the rest of the class stared in ignorance because they were lost.

All underachievers are lazy!

At this point I could have dismissed the “under achievers” as being lazy, but they weren’t. I was frustrated by this situation until I finally came up with a working solution. I paired an advance student with an underachiever!

As I covered the material at a normal pace, the advance student would help the underachiever whenever they would struggle with it. By doing this, each student kept pace.

It doesn’t end here. I had one student who more than anything in the world wanted to be an electronics technician. This student spent hours studying after class as well as attended all my classes and stayed over to do more. He did this more than any student I ever had, and more than any student that I ever knew (including when I was a student).

The student had this amazing can do attitude – but even with it continued to fail! I was down right puzzled by it. I even felt bad for him as it was very apparent how desperate he wanted this. What could I do to help?

So I decided what I could do to help him (and a few other struggling students) was doing the next assigned practical lab together as a class. This way we would all be doing it at the same time and those who understood it could chime in with their additional insights.

So the first person I called upon to start the beginning step of the lab project was this person. He sat there just staring at his workbook for several minutes with an unnerving quite hanging across the room.

Again, I asked him to start. He looked up at me and asked me to come over to him. As I did, he motioned for me to come closer and then whispered into my ear, “Mr. Snook, I cannot read what it says here!”

I asked what do you mean, what are you saying? He revealed to me that he couldn’t read very well. In fact, he was illiterate! I was stunned to say the least (and surprised he made it this far without being noticed).

Not only did this break my heart, but I realized that until he could read, he didn’t have a snowballs chance in hates of making it as a technician!

What does it mean?

Here was this person who more than anything had the work ethics, the desire, and attitude to do it, but couldn’t do it!!! He didn’t have the personal resources.

Of course, I continued on to finish the lab and then talked with this student after class. I ended up taking him down to the education office to discuss what was needed next and find him help.

He ended up “dropping out” and then taking a literacy class elsewhere. I don’t know if he ever managed to finish and return to electronics that he wanted to do so bad.

The moral of the story

It may help to have a can-do attitude, to put you in the frame of mind to do more. However, if you don’t have the foundation needed to proceed, then all the can-do attitude you have to muster becomes worthless.

And even after you believed you got it all figured out, guess again!

I had another student who was smart as a whip. Often answered correctly the tough questions asked in class, high marks with tests and labs, demonstrated he knew what he was doing, but did not qualify as an electronics technician!

How can this be, you ask? He had one unnoticeable but important deficiency that could make all the difference in the world, he was color-blind! No big deal you would think, but it was and here’s why.

During labs, I noticed that he was always measuring electronic components as he was putting circuits together. One day I asked him why he was doing it and assured him that the components were to specification. I wanted to know if he knew the color code to identify components?

That’s when he revealed to me he was color-blind. Not only could he not see component values by color, but if he ran into a situation that required color coded wire tracing, he couldn’t do it nor could his instruments.

That’s a real problem. He could do many things required of him in electronics, but not all of the important elements at the time. He was aware of his handicap and did quite well to work around it, even passed the class with honors. However, he struggled to find someone who would hire him because of it and their understandable concerns.

I want to be a car with the desire and determination to be one. All of my time is spent sitting in the garage with all the other cars. I make the noises and all of the sounds to perfection. I even put 4 inflated tires around me. But after all my efforts, I’m still not a car! Neither can anyone be an affiliate marketer just because it’s possible.

You’re welcome to leave your thoughts, opinions, ideas, and any question you may have below in the comments section! Thank you 🙂 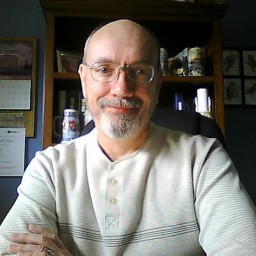 This site uses cookies. By continuing to browse this site you are agreeing to our use of cookies. Find out more here